There is a danger with Judges expressing a ‘preliminary view’ at the start of a hearing, about the likely outcome of a case.  The obvious risk is that after the hearing, the ‘losing’ party may suspect that the Judge had made findings in the case that were necessary to support their preliminary view.

A mother recently appealed a decision preventing her from relocating her child’s residence after the trial judge expressed a ‘preliminary view’ prior to hearing any evidence or receiving submissions.

The parties separated before the child was born.  The mother asked the court to allow the child (and her) to relocate to a town near where her new husband was working on a fly in/fly out basis.

The mother had a 1 year old child with her new husband.

The trial judge gave a ‘preliminary view’ that his focus was on maintaining a ‘meaningful relationship’ between the child and both parents and that a proposal that did not involve the maintenance of such a relationship would be unlikely to find favour.

A final court order was made preventing the mother from relocating with the child from Perth to a town in the Pilbara, Western Australia.

The mother appealed against the order.  The father opposed the appeal.

The Appeal Court said that the difficulty with the judge’s ‘preliminary statement’ of a ‘view’ is that it immediately suggested his Honour’s attention was already focussed on the maintenance of a ‘meaningful relationship’ between the child and both parents.

The Family Law Act places a consideration, not an obligation, that there is a ‘meaningful relationship’.  The trial judge was not in a position at the start of the trial without having heard the evidence to express a ‘preliminary’ view as he did.

The judge had taken the wrong course and not given the mother procedural fairness. The mothers appeal was allowed and the matter returned for re-hearing. 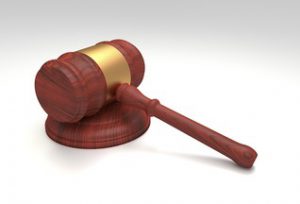