The Court recently considered an interim application by the mother of a child, aged 11, to relocate 2 hours away. The ICL and the father opposed the application.

The mother indicated to the Court that she intended to relocate, regardless of whether the Court ordered that the child could relocate with her. The Court identified the mother’s attitude as ‘concerning’ however, noted that a decision must be made that is in the ‘best interest’ of the child.

A ‘child inclusive conference’ was conducted, and the child indicated that she did not wish to move. The child had always lived in the town, attended school there and was settled in the current parenting arrangements.

There was no dispute that the mother had always been the child’s primary carer. The father put forward evidence that, if the child was to live with him, he would need to rely on others to assist with the child’s care, due to his work roster.

Despite the mother’s “worrying attitude” (that she would relocate regardless of the Court’s decision), the Court determined that the father was an “unknown quantity” in relation to him being the primary carer, and therefore permitted the mother to relocate with the child. The Court also found that it was likely that the child’s relationship with the father would continue after relocation.

The Court noted that the interim decision could be reversed at final hearing, and particularly noted that the child’s wishes may be given more weight as the child would be older and more articulate.

If you are currently facing a situation that involves the possibility of one spouse attempting to relocate a child of the relationship, it is vital that you speak to a Family Lawyer to manage the best course of action that needs to take place as soon as possible. Contact Michael Lynch Family Lawyers to set up a meeting to discuss your situation and we can work with you to find a solution best suited to your circumstances. 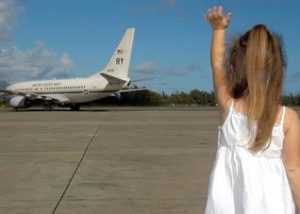