When determining each party’s entitlements in a property settlement, it is necessary to not only ascertain the value of the property ‘pool’ but also the appropriate percentage split. The ‘percentage split” is determined by considering the “contributions” made by each spouse to the acquisition, conservation or improvement of their property.  This includes contributions which could be classified as financial, non-financial and homemaking and parenting contributions.

Often “initial contributions” are particularly relevant.  This requires a consideration of the assets which each of the parties had when they commenced cohabitation, and therefore brought into the relationship.

However, it can often be difficult to determine the value of those assets at the time cohabitation commenced, because many years may have passed in the case of a long relationship, and any relevant records may no longer be available.  Alternatively, the assets may have been originally acquired some time before cohabitation commenced, and therefore evidence of the purchase price of the assets may not be indicative of their value several years later.

If possible, an historical valuation from an expert valuer should be obtained.

A recent case highlights this issue.  The parties had been married for 15 years, and the husband owned 7 properties when they commenced cohabitation.  One of the key issues in the case was the value of the husband’s initial contribution and how that value should be reflected in the alteration of property interests.

In arguing the value of the initial contribution, the validity and appropriateness of retrospective valuations of property presently conducted were the subject of discussion and disagreement. The wife called an expert valuer and the husband relied on his own experience in the property market in the area in which the properties were located.

The expert valuer provided a report and compared the property to historical sales evidence within the same area.  He also took into account the financial climate at the time of cohabitation.

The valuation of one of the properties was attacked by the husband on the basis that the property was capable of subdivision or dual occupancy at the time of cohabitation as now.

In response to this proposal the valuer asserted that taking into account the difficulties with the site (its topography, an evident water course and rocky outcrops) and the corresponding effect of the reduction in the value of the existing improvements and the cost of giving effect to a subdivision or dual occupancy of the property, his total valuation would be approximately the same.

It was contended by the husband that the subdivision or creation of a dual occupancy would do nothing to the value of the existing dwelling and that that had been his experience.

The husband did not have available evidence of particular sales or examples of properties which would have demonstrated the accuracy of his suggestion, nor did he have available to the Court evidence of the capacity to subdivide the land or of the cost of building two dwellings on it. He did not bring to the Court detailed evidence which might support his argument other than a broad statement of his own opinion.

In the circumstances, the Court accepted the evidence of value of the expert valuer in relation to the property.

Editor’s note: the moral of the story is “be prepared”. Gather as much evidence as you can relating to the purchase of an original asset, the best evidence for the court it independent expert evidence. Ultimately, get Specialist Family Law advice and get it early. For a fixed-cost initial appointment call us on – 3221 4300. 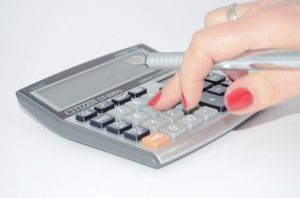