Staying in the Home

Separation is a turbulent time and this is never more so the case than when trying to determine if the ongoing occupation of the home can be shared or if one of the spouses should leave.

A dispute over who will stay in the home may involve an Application for a Domestic Violence Order, which if successful, usually has the effect of requiring the spouses to stay some distance apart, or it may involve an interim application to the Family Court for what is termed an “Application for Sole Use and Occupation of the Home”.

It is not necessary for a spouse seeking an exclusive occupancy Order to demonstrate to the Court that it is impossible or intolerable for them to continue to co exist under the one roof. A spouse must only satisfy a Court that the situation between the parties is such that it would not be reasonable or sensible or practicable to expect them to continue to remain living together.

The relevant considerations for the Court include:

The Family Court has emphasised that the considerations are neither fixed nor exhaustive, and that ultimately each case must be decided on its own merits in light of its own particular set of facts and circumstances.

The parties separated after a 27 year relationship. Following separation they both continued to reside in the former matrimonial home however, the Husband’s actual residence in the home was intermittent as he had travelled overseas on more than two (2) occasions and remained overseas for lengthy periods.

The wife brought an “Application for Sole Use and Occupation” following what she described as incidents of intimidation by the husband including a physical altercation and the fact she found the husband’s coming and going from the household, disruptive. The wife described the situation with the husband in the house as going from “very uncomfortable” to “unbearable”.

The wife also claimed that the husband operated a business from the garage and had people coming and going at all hours and because of this she did not feel safe. The wife provided a pamphlet advertising the husband’s business and the address.

The husband claimed that the wife had changed the locks on the garage so he could not enter, called the police on him, used abusive language to him, threatened to kill him and broke into his room while he was away from the house.

The Court was satisfied that the husband’s behaviour was intimidating and that there would be no significant hardship to the husband if he was excluded from the home. The wife was granted exclusive occupancy of the property pending the final property settlement.

Numerous issues arise at separation and if a mutual and considered approach to who is staying in the home has not occurred then a dispute can escalate very quickly. If you are looking at separating we recommend you call us on 3221 4300 for a no obligation fixed cost initial appointment. 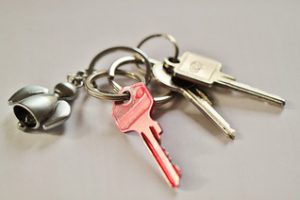