A Remainder Interest – What’s That?

The Court was recently asked to determine whether the wife’s joint interest in the ‘remainder’ of a property should be considered as part of the property settlement.

The wife was listed on the Title Deed as a tenant in common of the ‘estate in remainder’ of a house meaning she would receive ownership when her parents (who occupied the house) died. Her parents, who were still alive were ‘joint tenants’ of a ‘life estate’ in the house. This allowed them to live in the house until they died. The wife argued that the husband had made no contribution to the house and that, in any event, she had acquired the interest after separation.

The Court determined that the ‘remainder interest’ was not ‘matrimonial property’ that could be divided, but was a ‘financial resource’ of the wife and was relevant in the determination of the “percentage split” between the parties in the property settlement. The Court ordered that the wife’s remainder interest in the property be valued, subject to the life tenancy of the parents. 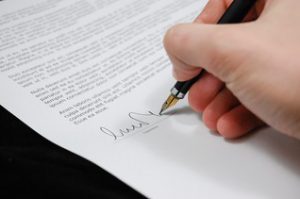