Loading...
Home/Uncategorized/Don’t assume the court will rubber stamp your agreement

Don’t assume the court will rubber stamp your agreement

In an interesting case, the court refused to make orders by consent as sought by the parents as the orders did not appear to be in the ‘best interest’ of the child.

At the first court hearing orders were made for the child to ‘live with’ the mother and ‘spend regular time’ with his father.

When the matter next came before the court, there was no appearance by the mother.  It was understood that there was an “agreement” reached between the parties, that the mother was effectively “abandoning” any on-going relationship with the child, who was only 6 years old at the time.  The court sought that the mother, appear in person at the next court date.

When the mother appeared at the next court date she confirmed that she was in fact seeking orders where the father would have sole parental responsibility and care of the child and she would spend no time with the child.

The mothers position was contrary to her original position, that the father have ‘supervised time’ on the basis of serious allegations that he had a drug problem, was violent and was addicted to prescription medication and alcohol.  All of these allegations remained unresolved and had not been determined by the court.  On the other hand the father’s allegations against the mother were general in nature.  The court had serious concerns as the parties were seeking orders which would amount to something akin to an adoption taking place, with one of child’s parents (for no apparent reason) being cut from the child’s life.

In giving judgement the court noted that the making of orders was not a rubber stamp process.  Parties are free to make what arrangements they like for children within the parameters of a democratic society, however once they invoke the jurisdiction of the court then they have an obligation to satisfy the court that the orders they seek are in the child’s ‘best interest’. 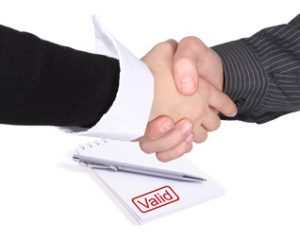