How Final is Final? Varying and Setting Aside Court Orders

The Family Law Act provides limited scope for a ‘Final’ Court Order for Property Settlement, to be re-opened. This includes Orders that are made by Consent (between spouses) or Orders made by a Judge.

A person affected by a Court Order which alters their property rights has the standing to make an application to the Court for a variation or to set it aside. The request has to come under one (or more) of the following reasons, i.e.:

The Court holds to the idea that a Final Court Order, is just that ‘Final’ and is therefore generally reluctant to easily entertain Applications to ‘set aside’.

A common example of ‘implied consent’, which may give rise to the setting aside of an Order, are in circumstances where parties may have separated, entered into Consent Orders which alter their property, and then reconcile for a period of time and re-mingle their property and ultimately separate again. In this case, what can often happen is that one party may seek to revert to the original property Orders.

A ‘miscarriage of justice’ by reason of fraud, duress, the suppression of evidence, the giving of false evidence or any other circumstance which causes the miscarriage can also re-open a property Order. One important issue that should not be overlooked by parties and their legal advisors is the requirement for ‘full and frank disclosure’ of all assets and liabilities. Failure to give full and frank disclosure of property and finances, whether deliberate or not, may have serious implications and can give one party (who later discovers the deception) the ‘tool’ to re-open a Court Order.

Setting aside or varying an Order due to its being impractical, also requires careful scrutiny. In circumstances where one party goes bankrupt before paying out the other party does not give rise to it being impractical. It is unfortunate but in this situation the aggrieved party would be subject to the bankruptcy provisions and be treated as if they were a creditor. In circumstances where a house and land was to be transferred and the house was burnt down (devaluing the property) this may amount to the Order being impracticable.

It is important however, that parties do not fall into the trap of utilising these provisions incorrectly. These provisions of the Family Law Act are not a substitute for the Appeal process. It also should not be used where a correction could be made under the “slip rule” or by seeking “machinery-type” provisions. The “slip rule” is used to correct simple errors such as, typos and computing errors. “Machinery type” provisions are used to clarify ambiguous Orders.

We recommend that you seek legal advice before commencing an Application to vary or set-aside a Court Order. 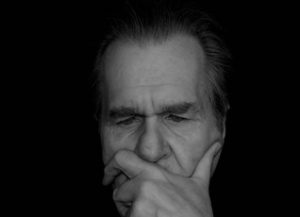