The old adage that “possession is 9/10ths of the Law” is still very true when it comes todivorce and property settlements.

A problem that quite often arises when couples are trying to sort out a division of property is locating property that has apparently disappeared. One spouse says that it existed and the other spouse denies it – and, so the investigation begins.

For inexpensive items – like furniture – efforts at investigation are often not a cost effective option.

But for expensive assets it becomes a very real issue. Quite often a spouse will angrily say that they will take all the money out of a bank account in their name. In these circumstances, if there is evidence of an actual intention to dispose of an asset, then an injunction can be obtained from the Court.

An injunction will prevent the spouse from withdrawing any money.

What is an injunction?

Injunctions are Orders made by the Court which restrain someone from doing something or compels them to do something. They are available to both married and defacto couples. The Court does not have to rely on an application by a party to make an injunction, the Court can make an injunction if it finds it appropriate in the circumstances.

There are various types of injunctions that can be enforced. The Family Law Act under s114 provides that injunctions are available in the following situations:

Why should i apply for an injunction?

how long are injunctions in place?

Injunctions relating to property are “personal” and “temporary”. An injunction is “personal” in the sense that it can only be made against the spouse and not a third party. The injunction will last until a property settlement is reached or a divorce is dealt with. The length of an injunction relating to children can depend on when the Court believes it is just or convenient.

So, if negotiating with your former spouse is unsuccessful and it is a situation where an injunction can be made, it is critical these applications are made quickly, especially where assets need to be preserved. In extremely urgent circumstances an oral application can be made with the written documents filed later.

If you are uncertain about whether to apply for an injunction, you must get Family Law advice urgently. 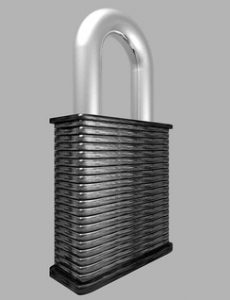