The Challenges of Shared Parenting

When a relationship breaks down, parents are often faced with the difficult decision of deciding a parenting style that suits both parents, yet still upholds the best interests of the children.

Recently however, a new concept has emerged coined “Parallel Parenting”.

What is “Parallel parenting”?

“Parallel Parenting” is suggested as being for situations where parents are unable to provide a “joint front” as role models for their children. It provides an arrangement that is similar to children living in a sole parent household however, it is “parallel” in the sense that it involves 2 households but with separate parenting.

how does it differ from shared parenting?

Shared Parenting is about promoting cooperation, collaboration and communication, however the notion of “Parallel Parenting” implies the exclusion of unnecessary communication and cooperation. This option is usually considered in family situations involving high conflict parents, it therefore allows children to have “meaningful relationships” with each of their parents but protects them from unnecessary exposure to parental conflicts.

This concept is suggested as a way that:

There are some disadvantages of parents minimising communication and adopting such a parenting style. The concept of “Parallel Parenting” does not encourage future cooperation and communication or any form of improvement in these areas between the parents. It is not the most ideal option for children growing up, as children should be able to see their parents making important decisions in their lives and be a joint role model for their children. Also there is the possibility the children could grow up with negative views of each parent from the other parent.

Shared care arrangements often work well in situations where parents can effectively communicate with one another and decisions with the best interests of the children in mind. However, it is debatable as to whether this is the most effective method of parenting for separated parents who are in “high conflict”.

A Report by Dr McIntosh last year, adds some recent data to this ongoing debate. The (2) published Reports involved 2 small study groups of couples in high conflict and offers a rare snap-shot into the post-2006 parenting Orders.

In one study, almost half the children left the ‘Court mediation’ in a “substantially shared-care arrangement” (5 nights or more a fortnight with each parent). Four months later, 73% of shared-care parents reported “almost never” cooperating with each other.

In the second study, where the parenting disputes were privately mediated, 28% went into a “substantially shared-care” arrangement. One year later, 75% of those arrangements had collapsed.

The notion of “Parallel Parenting has emerged in parenting issues before the Court. In a recent case, the Family Report writer discussed the concept in a situation where both parents were unable to communicate without causing conflict. 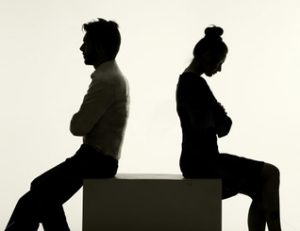