A couple were in financial difficulties and were likely to lose their family home.

The mother of the husband agreed to help out the couple by selling her own home and providing them with the net proceeds of sale to prevent the family home from being sold. The mother agreed to provide the net proceeds on the promises made by the couple that they would look after her for the remainder of her life and she could live indefinitely in their home or any future home. The mother sold her home and at her insistence an agreement was signed as drafted by the couples’ lawyer.

The agreement stated that the mother would “gift” the net proceeds in exchange for being able to reside with them. There was no mention of the fact that the “gift” was to be used to reduce the mortgage and save the couple from an imminent sale of their house.  Ultimately the relationship between the couple and the mother broke down and co-habitation was impossible. The mother sought the return of her money.  The couple argued that the money was a “gift” and therefore they did not have to return the funds.

The court determined that the mother had an “equitable lien” (an enforceable legal interest)  over the family home, and it was against conscience for the couple to retain the benefit of the mortgage reduction without accounting to the mother for the gift and the written agreement did not circumvent the prior verbal agreement.

It was also held that statements of intention can be treated as promises where they are precise, relate to a critical matter and induce a party to enter into the agreement. 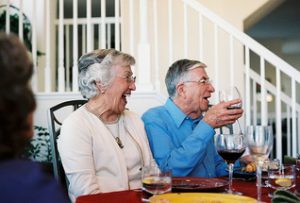