Relocation cases are complex, highly emotional and have a significant impact on all parties involved. When one parent is looking to relocate overseas, the issues are even more complex, as arrangements involving “equal care” and “substantial time” are essentially taken off the table. The Court must try and determine what arrangements will be in the child’s ‘best interests’, the practicality of maintaining a meaningful relationship with the other parent, and the potential effect of relocation on the child.

A consideration of the child’s “best interests” centres on the idea that, except in circumstances of abuse, a child will benefit from having a ‘meaningful relationship’ with both parents. It is therefore the aim of the Court to ensure that these relationships are maintained and facilitated.

A recent case in the  Family Court – involving an international relocation – brought into sharp focus, not only the need for a parent to facilitate a child’s contact with the other parent but also how the Court deals with the moving spouses comment of, “well- I’m moving anyway, regardless of what’s decided”.

Each case is decided based on the individual facts of the case, and there is limited legislative guidance as to how these cases should be determined.  In this case the Court stated that the same set of facts could easily have been determined in favour of the mother. The discretionary nature of the child’s “best interests” means that it is difficult for parties undertaking relocation to navigate the process on their own.

Whichever side of the matter you are on, whether you are relocating or trying to stop your child from being moved, it is essential that you receive family law advice early on to determine the best course of action.

For advice on relocating with a child call us first for a fixed cost initial appointment on
Ph. 3221 4300 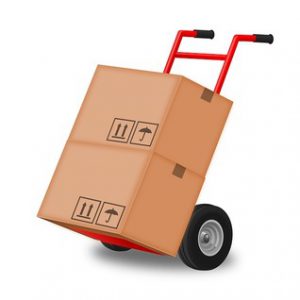