Australia, along with 69 other countries, is a signatory to the Hague Convention on the Civil Aspects of International Child Abduction, which provides a mechanism for the return of children who have been wrongfully removed from their country of residence.

This leaves another 126 countries which are not signatories to the Convention. So what happens when a parent wishes to travel with a child to a country that is not a signatory and the other parent objects?

Recently, the Court has considered two cases involving countries that are not signatories to the Convention.

The first case involved an Application by the Father who wished to travel to China with the 11 year old child for a holiday of one month. There was a long history of litigation between the parties on parenting matters and the Mother had been found to have contravened Orders on several occasions.

The Mother objected to the Father’s proposal to travel and argued that it was not in the child’s best interests to go to China.

In that case, the Court allowed the Father’s application. The Court noted, the following:

The second case involved an Application by the Father for the child to spend school holiday time with him in Abu Dhabi, United Arab Emirates, where the Father worked and lived with his new wife and their child. The Father had been flying back to Australia to spend one week in every four with the child since his move to the UAE.

In that case, the Court confirmed that the best interests of the child were the paramount consideration, however there are a range of other factors that should be considered, such as:

The Court refused the Father’s application, referring to the following:

Resolving children’s arrangements for travel to non-Hague Convention countries can be very challenging. If you have any queries or require assistance please contact us on (07) 3221 4300 or email [email protected] for a fixed cost, no obligation ($330 incl. GST) initial consultation. 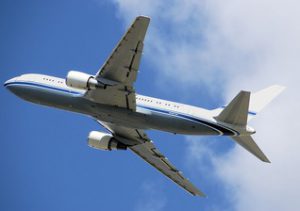