You can’t leave the country

All sorts of issues can arise when a couple separate, some are more urgent and serious than others. As the Family Law Act has no power outside of Australia, issues can become particularly challenging if they become international, eg a child is taken overseas, or money is taken overseas, etc.

To stop a spouse leaving Australia can be a very compelling and coercive power to help resolve a dispute. But, can the Court do that?

The answer is, yes! However it is not a power the court will exercise lightly.

Recently, a case involving the restraint of a person came before a single judge in the Federal Circuit Court. The matter involved a couple who had 7 children. They had spent much of the past 8 years living between Australia and Lebanon. The parents were dual citizens and the 7 children had been born in Australia. At the time of the hearing the 3 eldest children had been living in Lebanon for much of the past 8 years whilst the remaining children transferred back and forth with their parents and sometimes only 1 parent.

The eldest 3 children were being cared for by their paternal grandparents for extended periods and were fully immersed in the school system in Lebanon. On one such return to Australia, the mother alleged significant family violence against the father and sought and obtained a protection order.

The wife also alleged that her husband had contrived a situation where they would collect all government benefits they were entitled to as Australian citizens, including ensuring that all the children were born in Australia for the “baby bonus” and also staying long enough to meet the requirements for the wife to collect her Centrelink benefits but with the intention of returning to live in Lebanon.

The father appealed. On appeal the trial Judge was criticised for his handling of the matter. The Appeal Court Judges considered that the trial judge overstepped the mark in that he had pre-judged the matter and utilised the incorrect legal power to restrain the father. They ordered that the father remain restrained in Australia using another section of the Act and ultimately remitted the matter for rehearing. 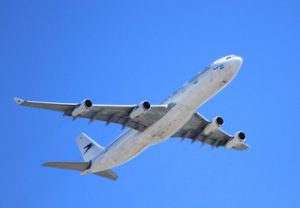