A $200k Bond To Travel With A Child Overseas

The Family Court recently required a father who wanted to travel overseas with his son for 3 weeks to put up a bond of $200,000 before he could go. Find out why.

When family law proceedings are ongoing before the court but no parenting orders have yet been made, it is an offence to take a child out of Australia without obtaining the written consent of the other parent or obtaining an order of the court. When the court makes an order regarding a child travelling overseas, the court has a wide scope for the conditions it may place on the travel. In cases where the court is concerned that the travelling partner may not return this may extend to requiring the travelling parent to pay an amount of money as a bond, to maximise the likelihood of their returning to Australia, so as to get the bond back.

The court recently considered such a situation. During the course of parenting proceedings before the court, the father made an interim application to be allowed to travel out of Australia to a country (a signatory to the Hague Convention) for 23 days. In doing so he proposed that he would deposit $10,000 as security for the child’s return. The mother opposed the application on the basis of her fear that the father would not return the child and that the period of travel proposed was longer than any previous periods the child had spent away from her. The parties had $383,000 in a joint account following the sale of a property.

The court found that it was in the ‘best interests’ of the child to travel with the father overseas, however the length of the proposed travel was not in the child’s best interests nor was the amount of the proposed security deposit adequate. The court determined that a period of 14 to 16 days was more appropriate and that should the child not be returned the mother should have immediate access to a sufficient sum of money to allow her to commence legal proceedings if the father were to choose to retain the child overseas. The father was ordered to deposit an amount of $200,000 into the trust account of the mother’s solicitor prior to travelling with the child overseas. 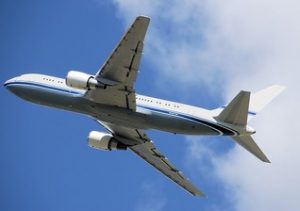