Having A Marriage Declared Invalid Is Not Easy!

One of the limited reasons for being able to get a nullity of a marriage is proving that a spouse did not give consent to the marriage due to duress or fraud. The issue sometimes arises in cultural and inter-country marriages.

The husband claimed that the wife had failed to notify him that she had previously been married and divorced in India, and that her keeping this information from him amounted to fraud.

Before meeting the husband, the wife had previously been married and divorced in India. The wife then relocated to New Zealand, and later Australia to live with the husband.

The wife’s evidence was that, upon meeting the Husband in person, she told him that she had previously been married and was divorced, and the Husband did not appear to have a problem with her past.

The husband’s evidence was that the wife had kept her past a secret, and had made a declaration, when they married in Australia, that she had not been previously married. The parties were informally married in a Hindu ceremony in Australia, and later formally married at the registry. The husband pointed to the registry wedding as evidence, and said that the wife had responded saying “No” to the question of whether she had previously been married.

The wife indicated that, as she had been married in India in a Hindu ceremony previously, she did not think it was relevant to the Australian marriage.

The court found that the husband had failed to make out the ground for fraud. Fraud, as used in the Marriage Act, refers to fraud as to the identity or the nature of the ceremony being undertaken.

The husband failed to establish any fraud on the part of the wife, and also failed to give evidence to the court that, if he had known about the wife’s previous marriage, he would not have consented to the marriage. The Court dismissed the husband’s application and the marriage was therefore a valid one.

Applying for a nullity of marriage is not as straight forward.  The only way to be clear about your options is to speak with a family law specialist.  To speak with one of our experienced family lawyers, please contact our Brisbane office today.  Call us on (07) 3221 4300 to organise a no-obligation initial appointment at a fixed-cost. We will be happy to assist you in person, over the phone or by Skype. 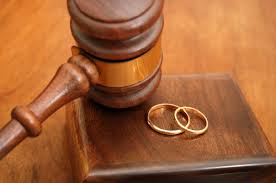